5 London Attractions That Are Often Overlooked

Most visitors to London head to the typical tourist sites such as Big Ben and Buckingham Palace, yet the capital has so many little-known treasures to discover and many of these are historical sites, hidden away in the corners of the city or hidden in broad daylight in ordinary locations. It's time to get off the beaten track and enjoy a few of the more unique sights of London. It really doesn't matter whether you are a solo explorer, planning a bespoke tour, or visiting with family, be sure to include some of these hidden historical wonders on your agenda! Here are our top 5 sites to visit in London if you want to enjoy the overlooked historical gems.

1. HEAD FOR THE TOWER SUBWAY

Did you know that the Tower Subway is the second oldest tunnel in the world, as well as the first tube railway? This is truly a legacy of the days of Victorian engineering and boasts a wonderful sense of history at its best; a must-see for history lovers when visiting London. As a little additional information before you visit, the construction of the tunnel took place in 1870, and according to data found on Historic UK, it only took one year to complete. Compare this to the Thames Tunnel that took 18 years to finish! The Tower Subway became the first tube railway for the world to see, passengers were taken up in groups of 12, housed in wooden carriages operated by cables - the diameter within the tunnel was only 7 feet! Three months after opening the shuttle had to stop due to a variety of technical problems, as well as a low level of custom. The tunnel then became a walkway for pedestrians to use, people paid a halfpenny to use it and use it they did; millions of people each year walked the tunnel route. To fid the Tower Subway head west of Big Ben, it is situated with Vine Lane to the south and Tower Hill to the north.

2. GET A PHOTO BY LONDON'S FIRST RED TELEPHONE BOX

It was Sir Giles Gilbert Scott who was the designer of the red telephone box, now recongised as an iconic symbol of Britain. In 1924, Scott's telephone design won a Post Office sponsored competition and even in today's modern London, it can still be found in many locations. Tourists tend to love red telephone boxes and can often be seen taking a picture by them. However, when visiting Lond it would be a lot more fun to take a picture next to the first-ever telephone box in the entire world, right? Head to The Rya Academy Of Arts in Picadilly if this photoshoot is right up your street.

3. ENJOY A VISIT TO THE HIDDEN ROMAN BATHS

In the 1830s there was a barely-known plunge pool that suddenly became a hot spot due to the owner promoting it as dating right back to the first century. Whether this is the case and the baths really are Roman has a big question mark hanging over it, regardless of the truth, these baths have been a sought-after location through history which makes them a pretty special place to visit today. According to today's historians, they date back to the early 17th century and are actually the final piece that remains from a cistern that linked with Somerset House's garden fountains, still a pretty interesting history! According to Hidden London, these baths are challenging to find. You will need to head to Surrey Street and look for number 33, which is about halfway up. The bath is at the back of number 33, you will see a National Trust sign over a gated archway although the sign is pretty old. 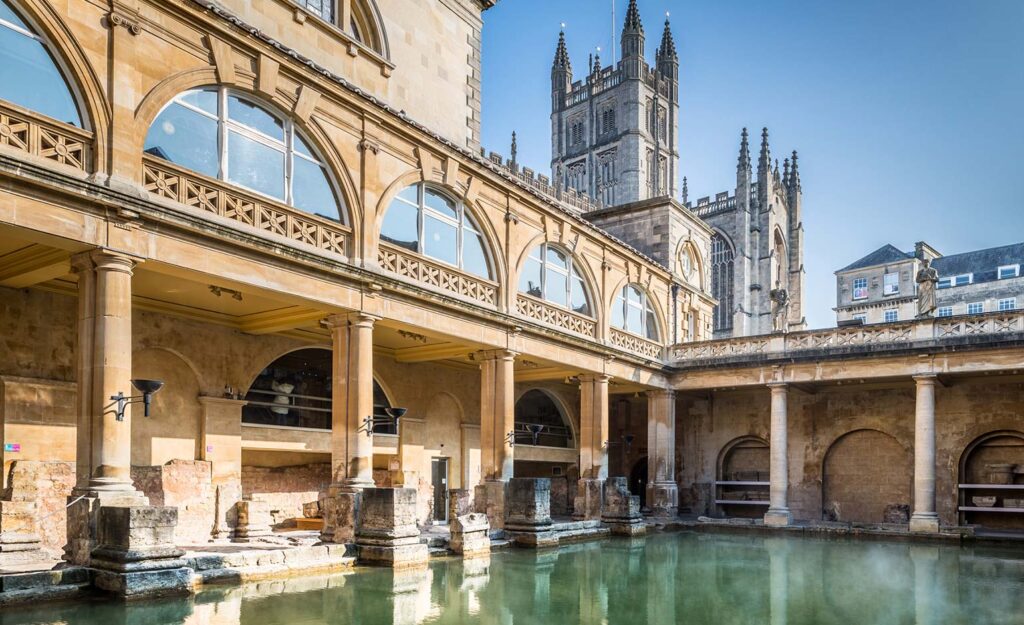 Sitting on the site of a burial ground from post-medieval times that likely is the final resting place for over 15,000 people, Crossbones Garden of Remembrance is a thought-provoking place to visit. The iron gates themselves, which welcome visitors to the Garden, are covered in things that people have left to commemorate these buried there; flowers, poems, ribbons, and the likes. You will also see a plaque bearing the words "The Outcast Dead". Tradition has it that the plot had the name "Single Woman's Churchyard" and was the place where prostitutes from the red right district were buried. In the crazy urban London scene, this tranquil park provides a place to quietly contemplate one's own life and priorities and to remember our loved ones.

A world-record-holding attraction which is often overlooked, this site situated at Trafalagar Square, on the south-east corner. Hardly bigger than a tardis, this police station was built in 1926 by the Metropolitan Police. The building is extremely small and was created from a hollowed-out lamppost, just two printers could be in there at once, is the general thought. The purpose of this station was for a single officer to look out for any suspicious activities since the windows provided him with an excellent view of the entire square. The site is now used by the Council cleaners to store their equipment.

For more information on our central heating services check out our: