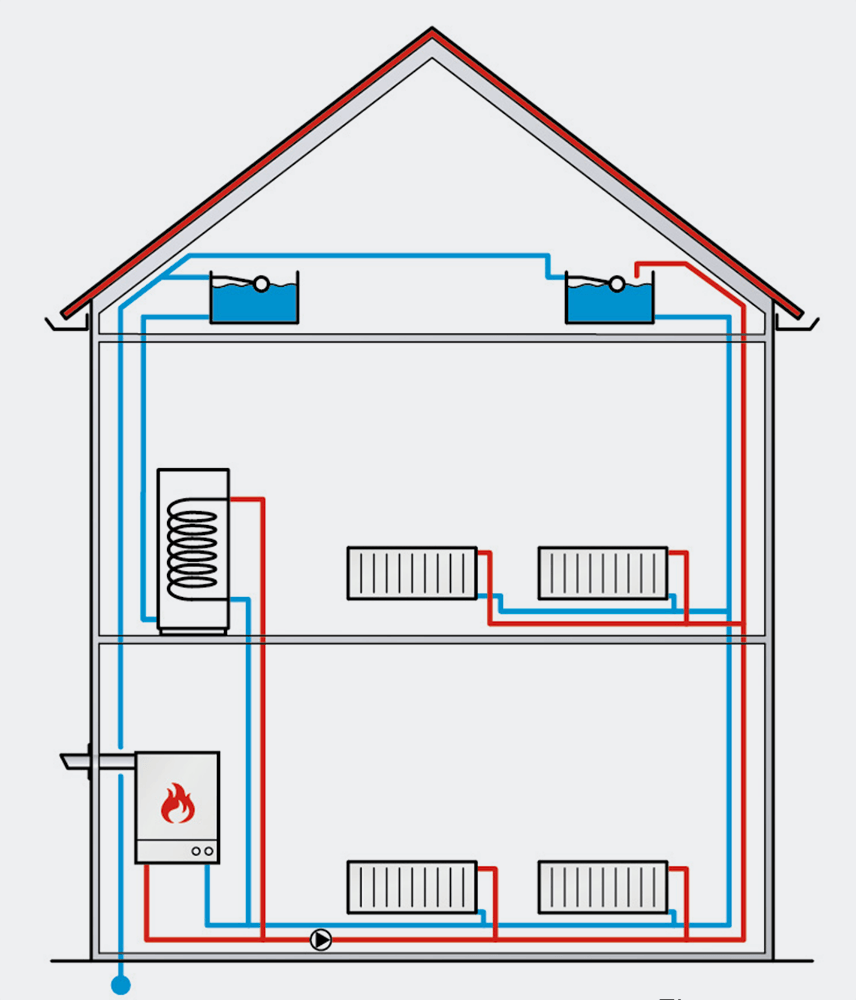 What Causes a Header Tank to Overflow?

The header tank is a crucial component of an open vented heating system, which may be found in the loft of homes with a conventional boiler. There are several causes for overflows in header tanks, and we'll help you locate and repair them in this article.

When it comes to a header tank overflowing, we strongly advise hiring a heating expert to perform the repair.

What is the function of the header tank?

An open vented central heating system with a regular boiler necessitates the use of a header tank, also known as the feed and expansion tank or cistern.

The header tank's main purpose is to deliver water to the central heating system while also keeping track of the water level that expands when heated. They're generally found in the loft, alongside the larger cold water storage tank, at the system's highest point.

Header tanks are made of several components, each with its own function. They include the following:

What are some of the causes of header tank overflows?

There might be a number of causes for the header tank to overflow:

A boiler pump overrun is when the boiler continues to pump for a few minutes after the central heating or domestic hot water has been switched off. This important function ensures that heat does not accumulate on the heat exchanger in most modern boilers.

This might indicate that the pump is trying to do this when the valves are shut and the only available route for heated water is up to the header tank. If the valves are closed, an Automatic Bypass Valve (ABV) must be installed in order to allow hot water circulation even when the heating system is turned off. If your system has an ABV but still needs to travel all the way to the header tank, it may be set too high.

A faulty water coil in the hot water cylinder

Hot water cylinders are containers that store hot water from taps and showers for household use. A coil within the cylinder is heated by the hot water flowing through it. The heat of the hot water is transferred to the domestic hot water as it passes through the top of the coil, warming it even more, before exiting at the bottom of the coil.

This coil can perforate over time, which means that water for the central heating enters the domestic hot water being stored in the cylinder through a hole in the coil. This increase in water levels at some point can cause the feed and expansion tank to overflow.

If the cylinder's coil has perforated, you'll be able to tell by the water from the taps, which will have a yellow or brown tint due to the liquid from the central heating system.

If you have a leak, your vented hot water cylinder will need to be replaced.

The ball valve must be replaced or repaired.

The ball valve may be opened to allow for a free flow of water or to stop any water from flowing. The name derives from the round ball that is located within the valve and rotates as the valve is rotated. – water will either be allowed to flow through the hole or not. If the valve is jammed, it might require repair; however, in some instances, the best option is to replace it to prevent future problems.

The overflow pipe is used to keep a water container from overflowing. There are pipes on the header tanks that work in the same way.

The feed valve and expansion tank both have a float valve (another name for ball valves) that regulates the water flow into the tank. Turn off the system and wait for the water to cool down before resetting the float valve to restrict more water into the tank if hot water is emerging from the overflow pipe.

In a loft that isn't often heated, the water in the header tank may become frozen during the winter. Frozen water in the tank is dangerous because it can cause blocked pipes, which raises the chance of leaks considerably.

To prevent the water from freezing, install an insulation jacket around the tank.

Brown sludge is a problem that affects open vented heating systems, and if it isn't dealt with promptly, clogs can form in the system, reducing the efficiency of the central heating and potentially causing the boiler to overheat..

If you discover slime in the header tank, you may remove it yourself by:

To avoid disturbing the water, try to remove as much of the sludge as possible while keeping it away from the overflow pipe.

A powerflush may also be beneficial to your central heating system, which may be clogged with debris or rust.

How to Turn Off the Mains Water Supply

You'll need to find the inside stop tap to turn off the mains water supply. It's usually located beneath the kitchen sink, in the garage, or in a downstairs toilet or bathroom. After you've found it, turn it off and run cold water throughout your home until all of the water has leaked out of the system.